September 12, 2016  android, moto g4  No comments
Moto G4 Plus is the latest budget android smartphone from Motorola. Besides having the mid-range smartphone tag it features some flagship hardware specifications like a laser autofocus camera and a fingerprint sensor. The chipset is still an older one which is the Snapdragon 617 which supports Qualcomm quick charge 2.0. This makes Moto G4 Plus to use the quick charging feature and turbo-charger is being shipped along with this phone. It boasts an octa-core CPU with Adreno 405 GPU which is capable of handling graphics intensive android games, thanks to 3 GB RAM and onboard 32 GB storage. This tutorial talks about several tips, tricks, and hidden secrets in Moto G4 Plus.

Taking screenshots is extremely easy on Moto G4 Plus. Just press ‘Power’ and ‘Volume Down’ button at the same time to capture a screenshot. The screenshots will be saved in ‘Storage>Pictures>Screenshots’. Alternatively, you can also record Moto G4 Plus screen with clear audio.

Moto G4 Plus has four actions or gestures that let you quickly access phone shortcuts. These are as follows.

➔ Karate Chop: You can need the LED flashlight anytime in the dark. This is a very useful function in Moto G4 which allows us to turn ON the LED flash that can be used as a torch in the dark. It activates the LED torch even when the phone is locked. To enable the torch just perform a Karate chop twice. To switch it off perform the Karate chop again.

➔ Flip for Do Not Disturb: Whenever your phone rings then you can flip it face down to silence notifications and voice calls.

➔ Pick up to Stop Ringing: During a voice call when your phone rings you can lift it in a shaking manner to immediately switch the vibrate mode.

To enable all the above gestures go to “Moto” app then tap “Actions”. You can disable them if you don’t want to use.

4. Prevent Overheating due to Turbocharging

Moto G4 Plus ships with a turbocharger which charges the phone’s battery at a much faster rate than conventional charging, thanks to Qualcomm Quick Charge 2.0. You may have seen then your Moto G4 Plus quickly overheats when you start charging it at 15% battery level. If this happens then read how to prevent turbocharging overheating.

Read enter recovery mode on Moto G4 Plus. The given tutorial is for Moto G3 but it will also work for G4 Plus.

SIP calling or internet calling allows you to make voice calls over any network like Wi-Fi, 3G or 4G. For this, both users should have setup SIP accounts on their android smartphones. Moto G4 Plus supports SIP calling and you can read about configuring SIP on Moto G4 Plus. 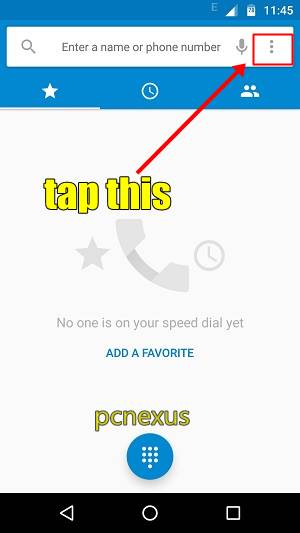 Factory Reset Protection is a Google’s security feature that protects your android phone from unauthorized access. Whenever a hard reset is done then the phone automatically locks itself. Read more about factory reset protection. If you disable this then you can hard reset your phone anytime without your phone getting locked. Go to "Settings>Developer options". Here find "OEM unlocking" and enable this to disable factory reset protection. If OEM unlocking is disabled then FRP will be active. 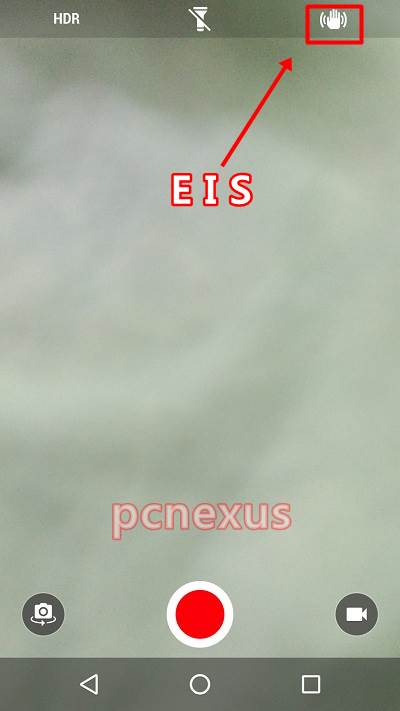 Moto G4 Plus comes with a hidden amazon app. You can read this article to unlock it.

Moto G4 Plus doesn’t have a voice, sound or audio recorder. However, we have found the best voice recording app for this phone. This app can record high-definition stereo audio and have built in functions for clipping audio. You can download this app from this link.

Moto G4 Plus 32 GB model comes with 3 GB RAM. Even after installing 17 apps about 1.5 to 2 GB or RAM is always free. To see available free RAM go to “Settings>Developer Options>Running services”. 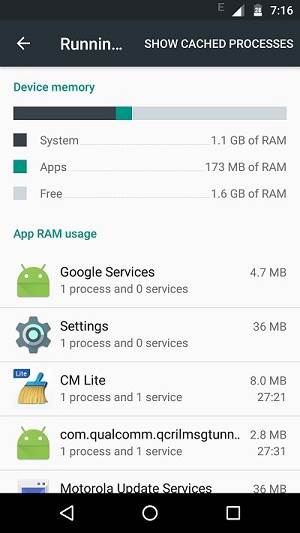 You can enable “Guest Mode” and give the phone to anyone whom you don’t want to access your personal files. A guest mode creates a separate android environment on your phone which is totally unaware of the data stored in the administrator’s account. In Guest Mode, anybody can use your phone just like a new phone and can’t see or access any single bit of your personal data. To enable guest mode go to “Settings>Users”. Tap "Guest" to enable it. To go back to the original account go to "Settings>Users" and tap the "You" owner icon.

This is something new that is not found on all android phones. You can clear all recently closed or opened apps at once. Simply tap the recent apps icon and scroll down to the last apps. Tap the app clearing button. 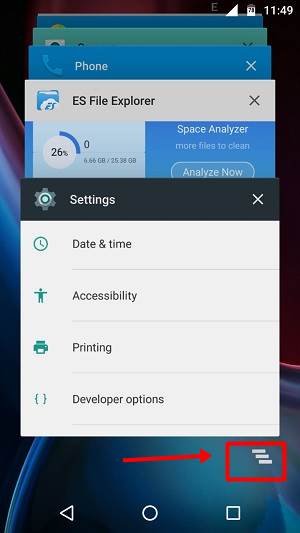 There is a problem with Moto G4 Plus while call recording. Whenever a call is recorded then our voice’s sound is low. To increase our voice in the recorded conversation just put your index finger on the secondary mic next to the camera to block unwanted sounds from the background.

Moto G4 Plus has an inbuilt file manager. But when we open camera photos in this file manager then the photos look blurry. We suggest you to use “Google Photos” app to view your captured photos in high definition.

19. Use Hidden Service Tests on Moto G4 Plus

Service tests are required to identify any hardware problem associated with the phone. Previously service tests can only be activated via some secret codes. But now Motorola has unified these service tests in their “Device help” app. Read unlock hidden service tests on Moto G4 Plus.

To quickly uninstall any app just long tap it in the app drawer and drag it to “Uninstall”.

21. Save Webpages as PDF in Chrome Browser

To save web pages as PDF files on your Moto G4 Plus please read this article.


These were 21 tips and tricks for Motorola Moto G4 Plus. If you like the article then please share it.