May 03, 2015  android, epsxe, games  No comments
ePSXe is a PlayStation, PS1, PSone or PSX emulator for android. It lets you play PS1 games on your android phone or tablet. I have already written about playing psone games on android with FPSE, but most of the users are finding it hard to configure. Yes, FPSE emulator is a little bit hard to configure since it requires many settings to be rightly configured. But after making the right settings you will get the real PlayStation games experience on your android phone or tablet. Games in ePSXe run smoother than FPSE. 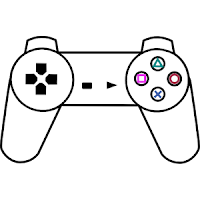 If you feel that you are finding fpse hard to configure then anytime you can move to ePSXe. ePSXe is currently the best PS1 emulator for android. Because it works without lags and is highly recommended for high-end smartphones those with quad-core and octa-core CPUs. ePSXe for android has brought the same PlayStation [PS1/PSX] legacy back on android.

ePSXe can automatically search your phone's internal storage, SDcard or USB storage for PlayStation games and ISOs. This also saves a lot of time since you don't have to manually load the game from the file directory. It doesn't matter where you put the games whether, on SDcard, internal storage or external USB storage, ePSXe will scan the entire storage to find the games. To let this happen follow the steps below

Important Note: I prefer using a USB OTG drive to play PS1 games through it because I can put many ISOs on it. You can put one PS1 rom in SDcard, one in internal storage and one in external storage. Now follow the steps below. 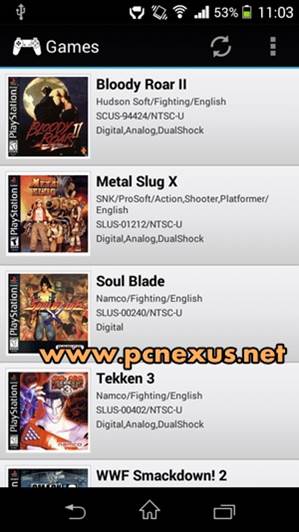 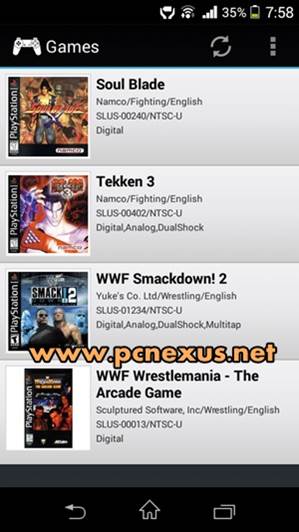 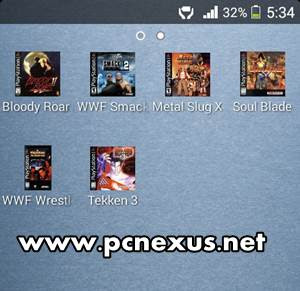 1. Autosave: When this feature is enabled then the games will autosave when you exit the app. To enable it go to 'Preferences', scroll down and find 'Autosave on EXIT'. Tap to enable.
2. CPU: Disable all settings in CPU preferences like frameskip, show FPS and MME (Autodetect).
3. Screen Orientation: It should be 'Landscape'.
4. Screen Ratio: User 'Stretch' for full screen or else '4:3'.
5. Video Renderer: In this option select 'Hardware (faster+smoother)'.


Note: You can use a cheat to unlock everything in the Tekken 3 game. There is no need to use memory cards if you use cheats. Please scroll down to the cheats sections.

If two player wants to play at a time then you need a supported joystick or keyboard. You need to connect the keyboard via OTG to your android and the set the buttons for the second player. To do this follow the steps below.


Note: 'Player 1' can also use the keyboard to play games. The setup process is same as explained above.

ePSXe has a built in split screen feature for two players so that 2 players can play simultaneously. This feature is not useful for phones which support less than 10 multi-touchscreen points. You can run a benchmark test on your phone or tablet to check the multi touch on your phone. To use the split screen function follow the steps below. 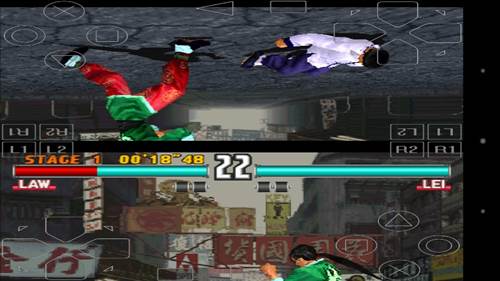 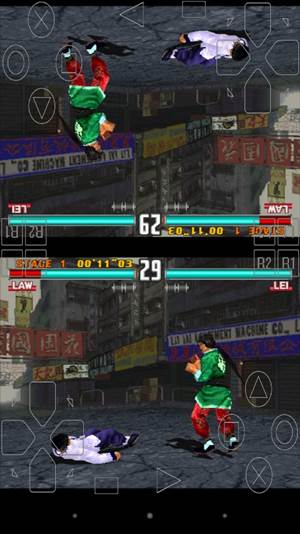 Note: If it is difficult to share the phone's screen then you can use your TV screen to play the game. But your server phone should have MHL support. Connect the phone to TV's HDMI port by using a MHL cable and enjoy ePSXe games on a large TV screen.

ePSXe has default gamepad layout in which the LR buttons are very small. So on a larger screen like that of a Galaxy S7, android tablets the buttons will look too small to register an input from the touch. So you may find that the buttons do not work sometimes when tapping. To solve this problem we have to increase the buttons size according to the screen's size for the best gameplay experience. 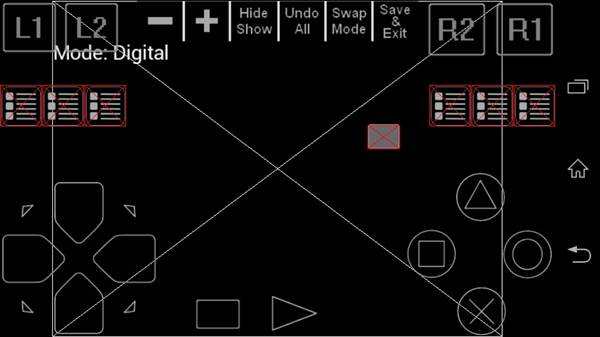 
Note: If you don't want to use memory cards then you can use cheats to unlock everything in the game. Please read the epsxe cheats tutorial give below.


➜ How to Use Cheats in ePSXe

ePSXE automatically downloads cheats for any PS1 game on android. All you have to do is to go to Options and tap 'Cheat Codes'. Then tap 'Download'. Please Read How to apply cheats in ePSXE android.

ePSXe has a dedicated support for multiplayer gaming. But the multiplayer feature of epsxe is not the same as with any other game. epsxe has 'Client' and 'Server' setup which lets two players to play simultaneously over Wi-Fi. However both the player should share the same screen but they can use separate android phones as gamepads. To configure epsxe multiplayer follow the steps below.

ePSXe is a paid PS1 Android emulator. So most people won't buy it from the Google Play store. However if you don't want to buy ePSXe paid version then you can still play PS1 games on Android for free. ePSXe has two alternative emulators that are absolutely free to use. These two emulators are ClassicBoy and Matsu Player. So, if you are looking for free and satisfactory PS1 Android emulators then you can check out ClassicBoy or Matsu Player. Check their tutorial below.

FPSE newer version app has sluggish game play. FPSE 0.10.57 has smooth performance and works flawlessly in phones running android 4.3 Jellybean. Also, there is no problem of license check in this version but it doesn't work in android 4.4 or above. ePSXE is the best PS1 emulator for high-end phones running android M and android N, it can handle octa-core CPU phones very easily. If you want to setup FPSE on android then read this FPSE tutorial. 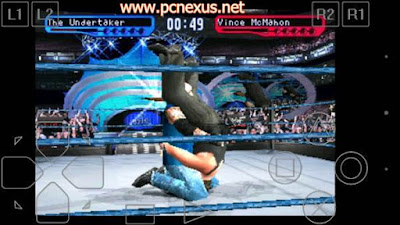 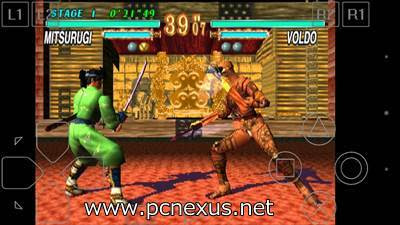 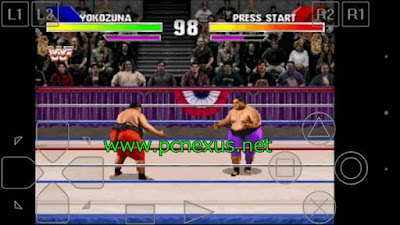 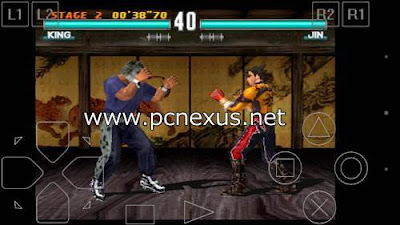 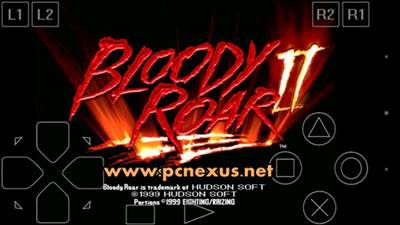 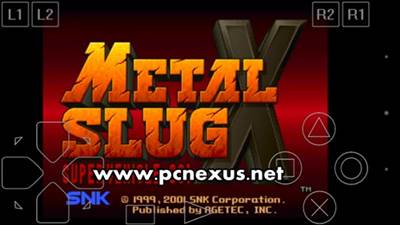 ePSXe only supports Metal Slug X. But if you want to play all metal slug games on your android then you should try out the PPSSPP emulator. Metal Slug has a total of 7 different games and you can play six of them in a single game known as the 'Metal Slug Anthology'. Metal Slug 7 is also available for PSP. Read PPSSPP android tutorial. 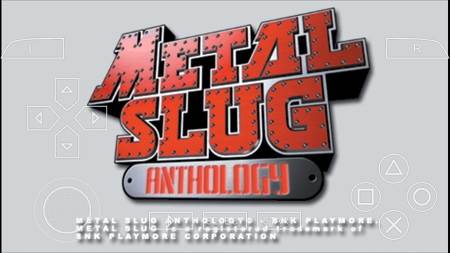 Why ePSXe Is The Best PlayStation [PS1/PSX] Emulator For Android

➜ Other Games to Play