July 02, 2015  android, games  3 comments
EA Sports UFC is an android game with 3D graphics which is beat em up genre game for android. It is also available for the playstation 4 and Xbox One, but we are reviewing the UFC for android. 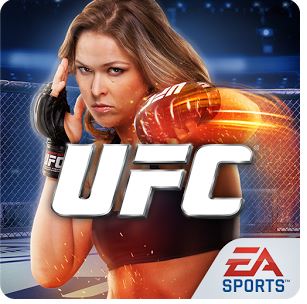 1. Game Size : The game is large in size and you have to download additional 400 MB data to play the game.

2. Gameplay : When you first start to play the game, the inbuilt game tutorial teaches you various fighting moves which are hard to grasp. The tutorial keeps running for a quiet long time. There is no on-screen D-Pad for gaming, touchscreen is the only controller.

3. UFC Player : Only Alexander Gustafsson is available to play with. You need to unlock other players by playing for a long time.

4. UFC Fights : The fights end up quickly by throwing some boxing moves and special punches on other player.

5. Fighting Moves : The fighting moves are very hard to remember. The moves that require you to put the opponent to the ground requires correct timing and is very tricky to execute.

6. Live Events : When connected to internet you will receive daily and weekly fighting events.

7. Graphics : The games 3D graphics are just fine, but the game lags on android phones with low internal storage. The game is tested on adreno 305 and lags sometimes, but gameplay is fine. 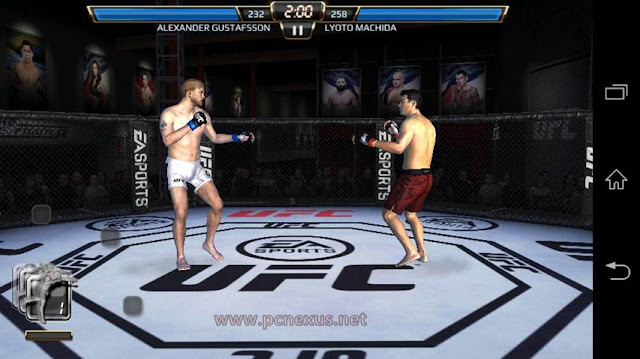 8. Buy Fighter : You can buy famous UFC fighters like Ronda Rousey, Alistair Overeem, Shane Carwin, Antonio Silva etc. But for that you have to play for longer times or buy some gold to unlock the fighters.

9. UFC Store : In the store you can buy health packs, Gold and Boost.

10. Fighter Upgrades : You can upgrade the fighting moves of the player by beating your opponents. There are different moves for standup and ground. Tap the ‘Thunder’ icon to increase player’s level of fighting moves. 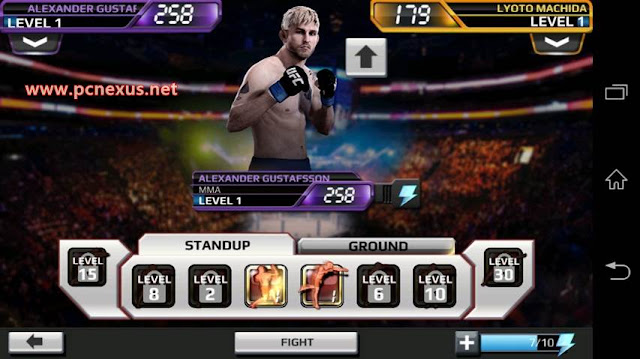 
The EA Sports UFC Mobile android game is totally a big disappointment and totally money oriented game. EA Sports created this game just to earn money, because there is no other way to unlock the fighter except buying them. The game is not recommended unless you are a die hard fan of UFC.