April 24, 2018  android, xiaomi  No comments
When it comes to power banks then most people find it hard to find a suitable one. Before purchasing a power bank like Mi Power Bank 2i one should take care of its safety, charging capacity, price, and the claims it makes about charging many smartphones. In today's world power banks have become a necessity if you own a smartphone with a big battery. Because power is something that won't be readily available everywhere if you travel a lot. Android smartphones consume a lot of battery especially the ones that run stock Android OS. Because these android smartphones don't have a significant power saving mode or ultra power saving mode.

And when you are shooting videos on your smartphone be it an iPhone, Samsung Galaxy, or OnePlus then the battery will discharge quickly because of the camera. So what will you do when your phone's battery gets exhausted and there is no availability of power nearby to you. Whenever you travel then you should use your phone less often for taking photos or videos. You can also carry a separate feature phone which will at least keep you in contact with your friends and family while traveling. But in case of an emergency, you should possess a power bank.

Buying a power bank is not enough because what's the use of a power bank that takes hours to charge your phone. Today most android and almost every modern iOS device support fast charging. Most modern smartphones support Qualcomm Quick Charge 3.0 which quickly charges a smartphone battery from 0 to 100 percent. If your smartphone supports Qualcomm Quick Charge 2.0 or 3.0 or even any kind of fast charging or quick charging, then buying normal power banks with no quick charging support would be a waste of time.

You get a nicely packed power bank with a flat USB cable and a users manual. That's all you get in the box. 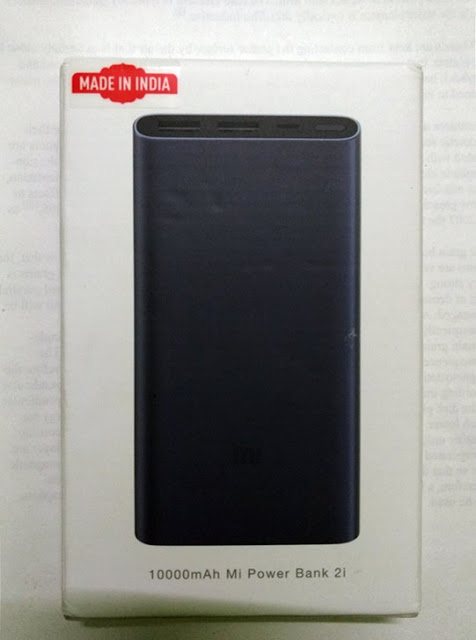 It features an aluminum metal frame with a scratch resistant surface. It is 14.2mm thin and weighs only 245g grams. That much weight isn't heavy to carry and you can put it in your pocket or backpack. It has two USB type A slots on the front which both supports fast charging. A separate micro USB port is given for charging the Mi Power Bank 2i. The micro USB port supports fast charging which reduces power bank's charging time. 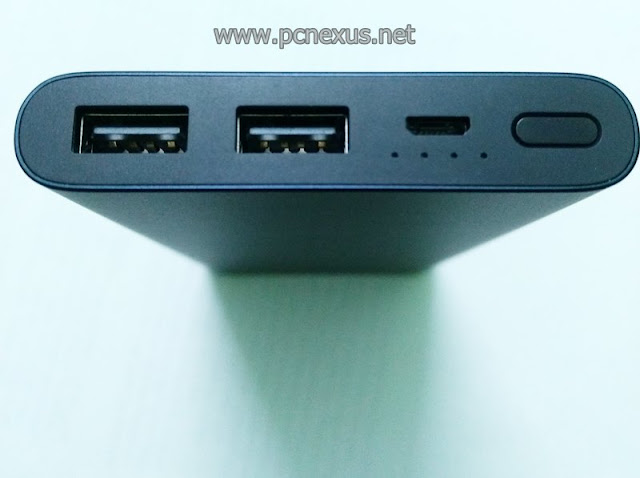 You can also find a power check button on the front panel. On pressing this power check button the LEDs will start to glow. There are a total of 4 LEDs and each single LED light denotes 25 percent of battery backup. So 4 LED lights denote 100 percent of battery backup. This power bank doesn't have any switch off button. You can't switch it off but the LEDs will stop blinking after few seconds. You can check the following image to get an idea of battery percentage in Mi Power Bank 2i. 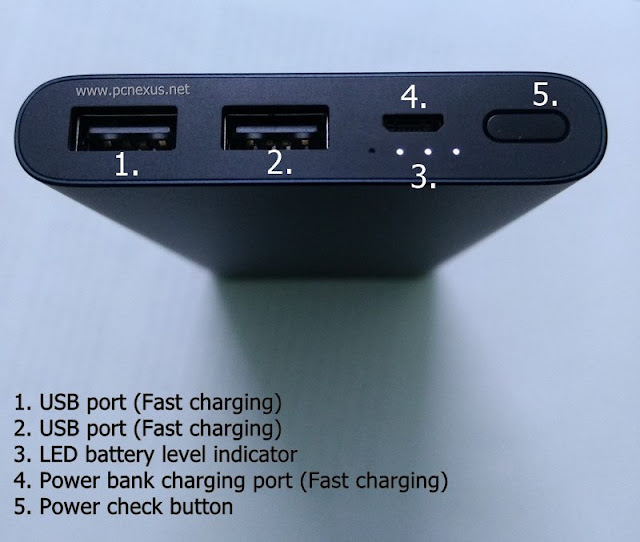 As per Xiaomi's claims, the 10000 mAh variant of Mi Power Bank 2i can provide a maximum output of 6500 mAh. This is the reason why most people doubt its mAh capacity. The power bank has 2 lithium-ion batteries of 5000mAh each connected in series. But actually, I managed to get an output of 8100mAh while charging a 3000mAh phone battery. Technically it should charge a 3000mAh battery at least 3.3 times to fully utilize its 10000mAh. But it is practically not allowed. This might be because of the circuit which saves some mAh (say 1000mAh on each battery) to protect the power bank batteries from getting seriously discharged. 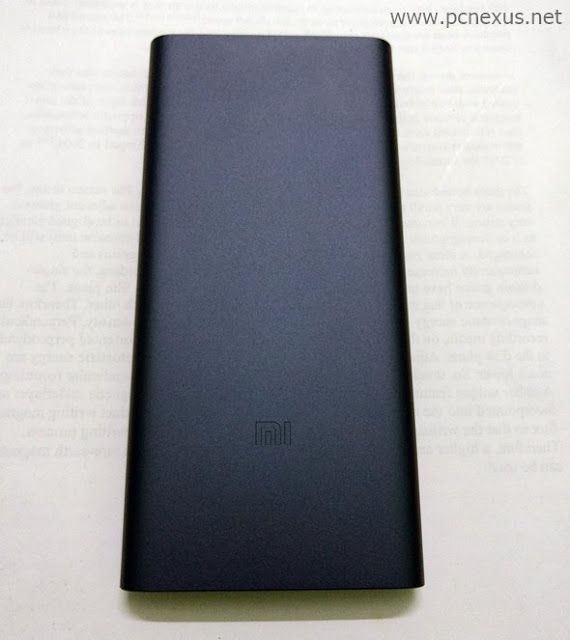 Experts say that if a lithium-ion battery gets discharged to less than 2.5 volts per cell then it is almost dead. At this point, the charger can't charge the battery. Only a battery booster may help. So, to avoid such situation the power bank's circuit might be saving 2000mAh (or more on each battery) to prevent serious discharge cycles.

As per my testing, I managed to charge an Android smartphone with a 3000 mAh battery exactly 2.7 times. You can understand by checking the following data.

So from the above data, it is clear that the Mi Power Bank 2i is capable of giving 81 percent of its total charging capacity (10000mAh) which charges a 3000mAh phone exactly 2.7 times. While charging, the supplied USB cable was used. And no heating was administered. Considering its performance I can suggest anyone to blindly go for this power bank which costs only 899₹ rupees.

➜ Note: When you charge two mobile phones at the same time from this power bank then fast charging will not work. It can charge two devices simultaneously but at normal charging rate. Fast charging works only for one device at any time connected to any of the USB port. 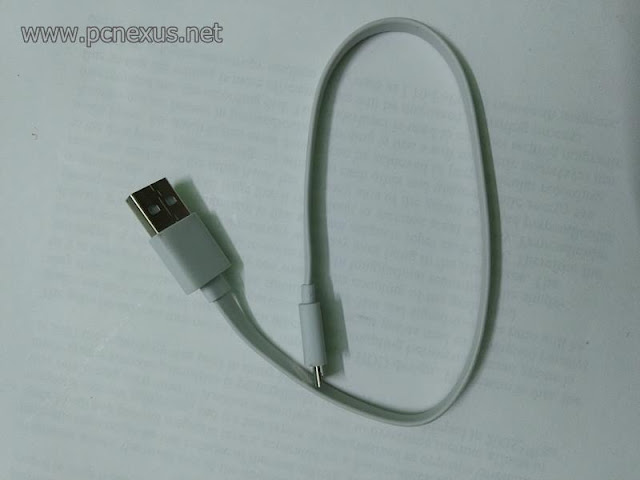 Mi Power Bank 2i may take anywhere between 4 to 6 hours depending on the charger you are using. Xiaomi recommends 9V 2A charger to charge this power bank. Using a 5V 1A standard charger will take more than 6 hours to charge it completely. Also, there is a risk of incorrect charging, damage, and fire while using the non-recommended chargers.

It is not a good idea to waste 6+ hours in charging this massive power bank. So I recommend buying a separate Xiaomi 9V 2A fast charger for this power bank. This fast charger will charge this power bank in around 4.2 hours. This Xiaomi 9V 2A power adapter costs only 499 rupees and will save a lot of time. To greatly reduce the charging you can also use a 12V 1A charger. But it is hard to find such charger. You can buy this power adapter from the link below.

Time Taken to Charge Smartphones/Devices With Mi Power Bank 2i

The standard output of this power bank is 5.1 volts and 2.4 amperes which is more than enough to charge most smartphones much faster than their original power adapters. Because standard adapters have only 5 volts 1-ampere output but Mi Power Bank 2i is giving twice the current at the same voltage. However, charging time will still greatly depend on device's power input feed. If a phone is not capable of taking more than 1 ampere then charging time won't have much difference as compared to its original charger.

Because of three charging outputs, the Mi Power Bank 2i gives an option to charge a wide variety of smartphones and other devices that have different power requirements in volts.

With a power bank comes safety precautions that you shouldn't ignore at any cost. There have been cases where the power banks got exploded without giving any warning. This happens because of incorrect usage and charging habits. Here are some tips to safely use your new Mi Power Bank 2i.


Should You Buy Mi Power Bank 2i

Of course, if you are looking for a portable supercharger then Mi Power Bank 2i is highly recommended. This is because it supports fast charging, has good quality lithium-ion cells, has 9 layers of circuit-chip protection. And you have two options while buying this. You can either buy the 10000mAh variant or the 20000mAh variant depending on your charging needs while traveling. You can buy any of these from the links given below. The price has dropped recently.

You can also verify your Mi Power Bank 2i with Xiaomi and check if it is genuine or not. Every Mi power bank comes with a unique 20-digit code printed on the back of the retail box. To reveal the code you first have to scratch it. After getting the code go to http://www.mi.com/verify


Enter your 20-digit code here to get the details of your product.

Just like smartphones power banks have become a necessity today. This is a perfect portable power backup solution for your smartphone if you move out of your house every day. Situations may arise like when you forget to charge your phone while leaving your office to go home. In this situation, a power bank will save you and you can charge the phone in the way back to your home. Its a must have gadget and can be used in emergencies when your phone's battery dies and you don't have any power outlet or charger near you. The Mi Power Bank 2i also saves time because it supports two-way fast charging.

A 3000 mAh phone can last for a day if you use it for calling and a little bit of internet only. In case of an emergency enable ultra power saving mode on your phone and keep the power bank with you fully charged. I'll bet you will definitely know the worth of having a reliable power backup with you in an emergency. If you want a reliable power bank then don't think too much the Xiaomi's Mi Power Bank 2i would be the ultimate choice for any smartphone user.

If you liked the article then do take 2 minutes to share it.