How To Fix 'Gmail Is Having Trouble With Google Play Services'

September 23, 2017  android  No comments
Google Play Services is an android system application that is installed on almost 5 billion android devices. This system app runs in the background and performs important tasks needed to run android apps. A few years ago there was no such application for android phones. But in 2012 Google Play Services was launched. Its function is to update android apps especially all the Google apps like Gmail, Google+, Play Store, Google Play games etc. Prior to its launch, the Google apps were updated only after a phone's system update. So at that time phone users had to wait for the manufacturers to release a system update.

But after the launch of Google Play Services, it is now possible to update Google apps. As the technology has now advanced and Google Play Services only updates the required code of an android app without updating the entire app. This also saves data as users now have to download fewer data. Other major tasks that it performs is to act as an android system administrator which lets you locate, lock or erase your lost android phone and providing a communication bridge between android apps.

The Problem: Recently I have been checking my Gmail app and the app keep reporting an error as 'Gmail Is Having Trouble With Google Play Services'. The same error I found with the Play Games app. So, I tried clearing the app cache, app data, installing and applying fresh updates. But nothing worked and the error kept reporting itself. So finally I get to know it that several ungranted android permissions are the cause for this problem. So let's fix it.

How To Fix 'Gmail Is Having Trouble With Google Play Services'

This fix will work for every android app that is having problems with the Google Play Services app. Follow the steps below to fix this problem. 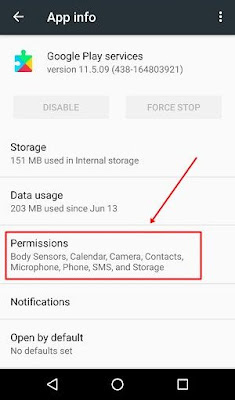 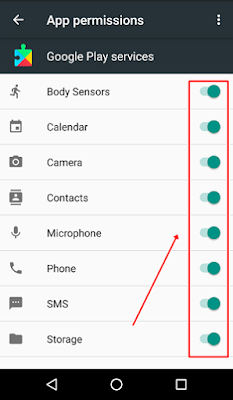 If you find this article useful then take two minutes to share it.