How to Fix Screen Burn-In Problem on Moto G4 Plus

January 01, 2017  android, moto g4  53 comments
Moto G4 Plus is on the list to receive android 7.0 Nougat. The update will arrive soon. After finishing the soak test in Brazil, Motorola is conducting the same in India. Users in India are expecting the latest software update for Moto G4 Plus, but right now the android 7.0 for Moto G4 Plus is under soak testing. Moto G4 Plus had received the July security patch update which came with build number MPJ24.139-63. This update has notable bugs and we already mentioned some in this article.

Now some Moto G4 Plus users are reporting that after updating their phones to this July security patch update they are seeing screen burn-in problems.

What is Screen Burn-In Problem in Moto G4 Plus

Whenever you watch a video or the screen is constantly active for a long time say 20 minutes or more then you will see some discoloration in various parts of the screen. This discoloration is visible when you access quick settings panel by swiping down the screen. You can easily see ghost image of icons that actually doesn't exist on the phone.

These icons are mostly visible on top, left and right side of the screen. The problem gets worse when the phone starts to heat. The more your Moto G4 Plus heat the more discoloration and screen burn-in will happen on the screen.

We are not sure whether this screen burning problem is arising due to faulty screen or the phone's software. But we haven't noticed this issue on the previous software builds that Moto G4 Plus was running. We only came across this problem when we updated the Moto G4 Plus to MPJ24.139-63 firmware. So possibly the screen burn-in issue may be due to an OTA update that is the July Security Patch update. So, I think its a software problem.


The Moto G4 Plus gets September 2017 security patch update NPJS25.93-14-10 which partially fixes the screen burn issue. After installing this update the phone's screen is not fading heavily. Screen burn issue is still there but its effect is reduced satisfactorily by this OTA and most of the time you won't even notice it.


If you are experiencing screen burning problem on Moto G4 Plus then we suggest you to wait for official launch of android 7.0 Nougat. This latest update will fix all software problems in Moto G4 Plus. We also suggest you not to install apps like 'Screen Burn-in tool' as this app will damage your phone's screen pixels. To fix the screen burn-in follow the steps below. 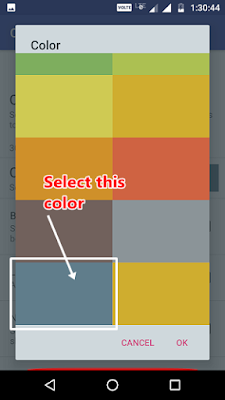 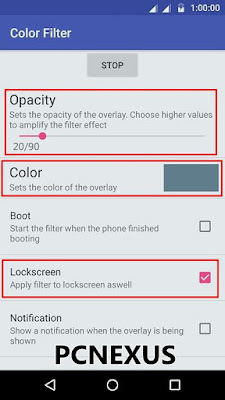 Note: The above fix just prevents the Moto G4 Plus screen burn-in issue. Even many users have reported that after a screen replacement the problem comes back. So, the screen burn problem in Moto G4 Plus is from software bugs.


➜ Update: Even after updating to android 7.0 Nougat the burn-in problem didn't go. Whenever we use the phone to browse or watch videos on YouTube app then after few seconds we can see status bar icons visible on notifications panel. The screen retention can also be seen on both sides of the screen. It would be better to visit the Motorola service center and have your phone checked. But if you want to fix this problem by yourself then this tutorial is for you. Screen replacement isn't a solution.

➜ Update 3 : Moto G4 Plus gets the December Security Patch update which fixes low notification sound problem and brings stability improvements. The newer build is NPJ25.93-14. This is the first maintenance update after the android 7.0 nougat update.

➜ Update 4 : The Moto G4 Plus gets September 2017 security patch update NPJS25.93-14-10 which partially fixes the screen burn issue. After installing this update the phone's screen is not fading heavily. Screen burn issue is still there but its effect is reduced satisfactorily by this OTA and most of the time you won't even notice it.