2G Network Option Missing From Moto G4 Plus After Updating to Android 7.0 Nougat: How to Fix

January 10, 2017  android, moto g4  2 comments
Moto G4 Plus is the only android smartphone in the Moto G series that has faced many software and hardware problems since its launch. The very first notable problem was of overheating. Then Motorola took this seriously and released a series of OTA updates to fix this. Then a new problem arose during the July security patch update in which the notification sound became very low. The notification problem still exists in android 7.0 Nougat and most of the time the sound is inaudible.

Why 2G Network is Still Necessary for Smartphones

If you own a smartphone then it may have the capability to operate with different network technologies like 2G, 3G or 4G (LTE). Since 3G and 4G networks are new in India therefore there coverage is much far behind than 2G in most areas. In India, these high-speed networks (3G/4G) do not work properly inside a building. If your house is located near skyscrapers or tall house buildings or there are not enough cellular towers in your area then you are definitely having connectivity problems with the 3G or 4G network.


2G is present worldwide since 1999 and it operates at 900MHz frequency band compared to 2100MHz 3G band and 2300MHz 4G band. Due to lower frequency 2G signals can penetrate building walls providing better in-house signal reception. So you remain connected all the time. On the other hand, 3G uses UMTS 2100MHz frequency band which is not good at all for getting good reception inside a building. However, 4G networks use three bands which somehow provide better network reception than 3G inside a home.

If you live in an area where 3G/4G signal reception is weak then you should select 2G network on your phone. Weak 3G/4G signals drain the phone's battery at a very high rate and make the phone to overheat.

Unable to Select 2G Network on Moto G4 Plus After Android 7.0 Nougat Update: How to Fix?

I must tell you that it is true that 2G option is missing from Moto G4 Plus after upgrading to android 7.0. But we can still select the 2G GSM network with a simple trick that I am going to share. Weak 3G and 4G signals are not good both for your phone and your health. So you should immediately select GSM on your Moto G4 Plus for good network reception, preventing unusual battery drain and ill effects of weak signals on one's health.

The trick I am going to share here works on both SIM cards and you can select 2G network on any SIM any time. But do note that only one SIM will work on 2G at a time. This trick works on AirTel SIM and Vodafone SIM doesn't allow connection to 2G network sometimes, but it connects when we repeat the process 2-3 times. If we do so the phone app force closes itself. This makes us think that 2G network in India is slowly reaching its end. 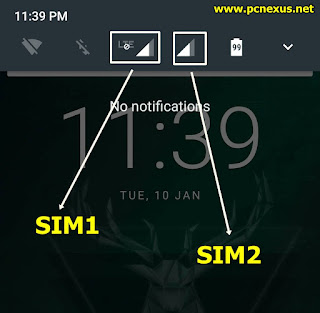 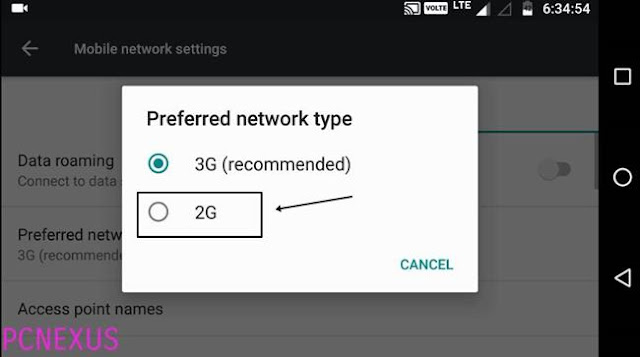 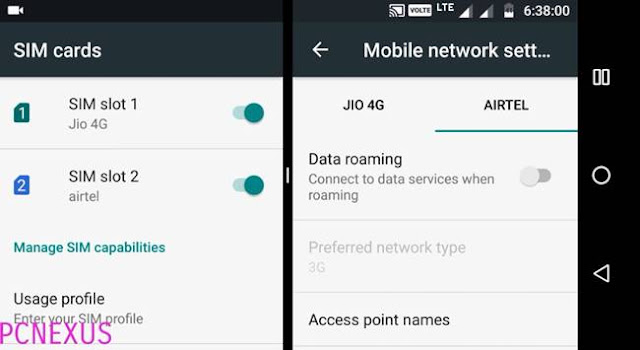 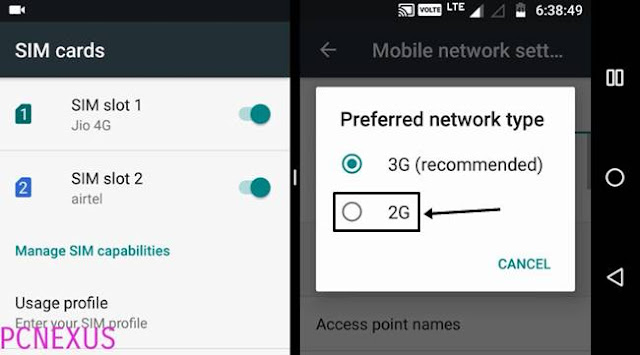 This trick may or may not work on all networks. Because sometimes the cellular network reaches the phone instantly after enabling the SIM slot. In this short span of time, we can't tap the 'Preferred network type' option and it becomes unclickable. This trick is currently working with AirTel only., but you can try this trick below.

Insert Vodafone in SIM slot 2 and make sure that the SIM in slot 1 is using 4G network. Now follow the steps below.