November 15, 2016  android, games  No comments
Nintendo has just released the classic mini NES console which is an exact replica of the Nintendo's most popular retro gaming console the NES. NES stands for Nintendo Entertainment System and we all have played NES games at least once in our life. NES was a popular in the 80s and the 90s and we have seen some of the best games on it that were also released for the Wii U virtual console. Due to its popularity the Nintendo Classic Mini went out of stock after just some time of its official launch. The mini NES is now out of stock on amazon, bestbuy, walmart, target and gamestop. But it will be back on stock soon. Its retail price is $59.99 but some sellers are selling this mini NES console at higher rates due to limited stock. 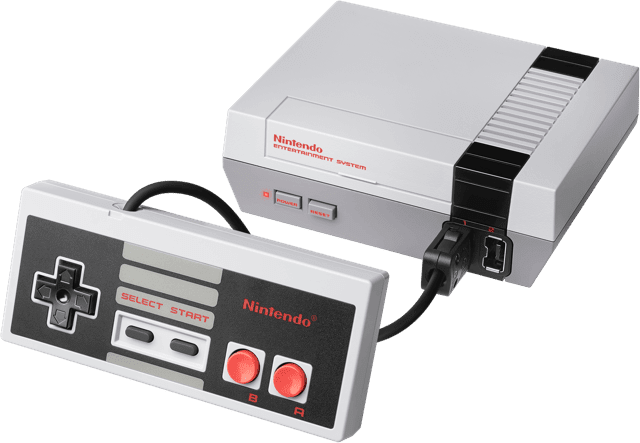 Well actually there are many ways to emulate NES games on android and Windows PC. You can check this tutorial to play NES games on android. But if you want to enjoy these games on your TV then you can purchase this console and due to its small size it can be carried anywhere. Its a nice console which will take you back in time to enjoy old 8-bit retro games.

Below is a complete list of games that are pre-installed on this console.


These games come with 4 save state slots each. So you can save any game's state and later continue from where you left. This new mini console doesn't have the original NES hardware but it emulates the 8-bit games and emulation is bit fast as compared to the original console. Also you can enjoy these 30 games on a Full HD TV and there would be no loss in image and video quality because of HDMI port that this console has. You will get a HDMI cable, Wall charger, micro USB cable and a full size controller.

Additional controller can be purchased for just $9.99 so that two players can play simultaneously. However you can still enjoy most NES games on your android, PC and MAC. By downloading their respective emulators and playing the roms.

However some of the popular games are missing like the Contra, Jungle Book, and Teenage Mutant Ninja Turtles 3: The Manhattan Project. However you can play these games on your android phone or tablet by reading this tutorial.