November 16, 2016  android, news, security  No comments
Kryptowire is a Virginia based security firm that has reported spyware on the cheap Chinese android phones that were being sold in the United States via amazon.com. Kryptowire reported that software tools collectively called Adups which came pre-installed on phones like BLU R1 HD and sold in US have spyware capabilities. In its security analysis Kryptowire found that Adups collects personally identifiable information (PII) from a users phone and sends the entire data to a Chinese company name Shanghai Adups Technology. This data includes text messages, call logs, IMEI numbers, number of installed apps, contact names, and IP addresses. The data is transmitted every 72 hours on this company's server. 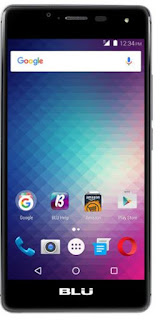 This Spyware software can be found on phones manufactured by Huawei and ZTE that are also available in the US market. According to Kryptowire Adups has created this spyware intentionally and installed on the phones to monitor people's usage behaviour. On this spyware Adups defends itself by saying that it is a 'big-data' company and helps smartphone manufacturers to know about their customers like and which part of the world do they belong. According to Adups, this spyware runs on 700 million devices.

Blu R1 HD manufacturer 'Blu products' immediately released a software update to remove this security flaw from its 1,20,000 mobile phones. Most popular android antivirus apps are unable to find this spyware. This raises a question why should we use or buy an android antivirus which is unable to secure our phones.

Right now the complete list of affected phones is not clear. But if you have Blu, ZTE or Huawei android phones then you should check for latest OTA updates to remove this backdoor.

Update 16/11/2016: ZTE cleared that they didn't install the Adups spyware on their phones at least not in the U.S. Here is their official statement below.


"We confirm that no ZTE devices in the U.S. have ever had the Adups software cited in recent news reports installed on them, and will not. ZTE always makes security and privacy a top priority for our customers. We will continue to ensure customer privacy and information remain protected"