Do You Really Need An Antivirus App For Android Phones?

Do You Really Need An Antivirus App For Android Phones? 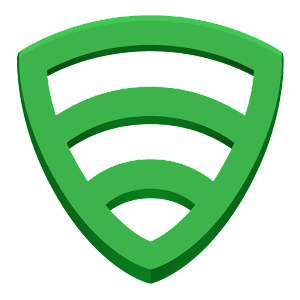 Google itself checks the android apps for malware and viruses before launching them in play store. Also, the Google Play Services scans the installed apps on your phone on a regular basis. This scan is done to check whether the app is safe or not. If Google finds any malicious app installed on your phone then it may ask you to remove it immediately. With android device manager, you can lock, track and wipe your lost phone.

The same features are being provided by many popular antivirus apps, but Google's android device manager is much reliable. In android 5.1.1 Lollipop and above you will find a powerful security feature known as Factory Reset Protection. It is a security feature which automatically locks your android phone if someone performs an unauthorized factory reset from recovery mode. Please read more about Factory Reset Protection.

Android Antivirus Apps Are Not Hard Reset Proof, But Your Google Account Is

So once a hard reset is done the phone is completely wiped which also removes the antivirus apps. But Google account is still there and it will protect your phone from unknown access. Now you can track this phone with android device manager. So android antivirus apps are a failure in this case. You can enable the malware detection function in 'Google Settings' app. Just open the app and head to 'Security'. Here make sure that 'Scan device for security threats' and 'Improve harmful app detection' is enabled. Also make sure that 'Unknown sources' is disabled in 'Settings'.

When the above-mentioned functions are enabled then Google will automatically check your installed apps for security threats. Google has given more control to the user in its latest android 6.0 Marshmallow. In android 6.0 a user can disable certain or all permissions required by any android app. Most android apps like to read your contacts, see you photos/videos and access the camera without notifying you. I have seen many apps like 'Clean Master' which access your photos. You can disable all these permissions and make your data more secure. An android antivirus app does not provide such functionality.

If you download android apps only from the Google Play Store then you should not worry much. Because Google only publishes apps that are safe to install and are completely free from malware. So installing an android antivirus app will only cost some of your phone's battery life. Instead of these apps, you should install VPN apps that allow you to browse anonymously, you can check one here.

Android antivirus apps have improved over time and now they are capable of providing some sort of online protection. The Avast free antivirus is quite sophisticated and is able to block malicious websites on your android phone. It can also warn you about unsecured Wi-Fi networks. All you have to do is to activate the chrome support in android accessibility option.

An android antivirus can not protect you alone from network threats. It can't protect you from IP based attacks. To prevent such attacks you need a VPN. Read more about VPN apps.

Have any questions? Ask via comments.