How To Prevent Overheating In Android Phones & Tablets

May 23, 2015  android  No comments
Overheating of android phones and tablets may or may not be a normal situation. On average almost every android device has a tendency to overheat when heavy CPU and GPU usage is triggered. If you are using android hardware resources heavily by means of some heavy apps then your smartphone is going to overheat. Android overheating can make your phone or tablet to give a sluggish performance, restarts or the device may freeze completely. 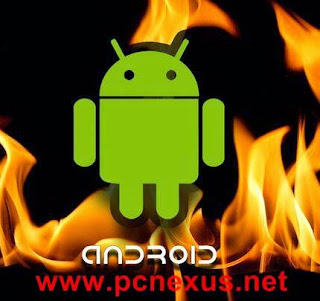 This tutorial will tell you everything you need to know about android overheating. By reading this tutorial you will learn how you can make your phone produce less heat even while playing games or using high speed networks and make it run cool.

This is the most common problems that arise in every android phone and tablet. This type of overheating is not at all a problem and you can control your device to produce less heat by controlling your usage of apps, the way how you use it. Follow these tips to make your android to generate less heat.

1. Uninstall Unnecessary Apps : This is not rocket science folks, the more apps you install, the more heat will be produced by your phone’s circuit board. Simple uninstall apps that you do not use, because these apps always run in the background and suppose if you want to play games then these apps escalate the heat generated by the CPU & GPU. Don’t skip this crucial tip.

2. Clear The Cache & Junk Files : Use the clean master lite app to clean junk and cache files from your android phone or tablet. Cache is the immediate data that is used by the CPU to reduce RAM access. If the cache is always full then the CPU will have to work harder to access the data. This may result in an overheated phone.

3. Use a RAM Booster App : Use the clean master lite app to free up some RAM/memory. High memory usage means many apps running in the background. Clearing the RAM will stop the system apps that makes high CPU usage. Less CPU usage means less or no heat.

4. Tips On Using 4G/LTE/3G Networks & Wi-Fi Hotspots : If you are using 3G or 4G networks on your android then make sure that the network reception is good. Because low network signals let the android CPU work harder and also the battery gets drained faster and gets hotter as the network signals stay weak. So move in an area where the 4G LTE network reception is full. 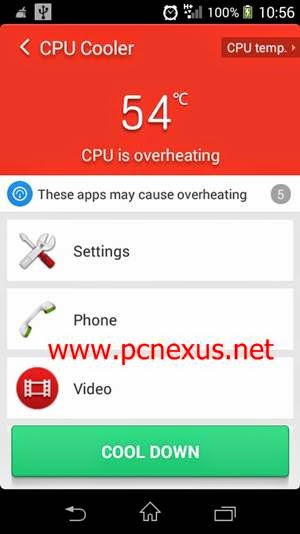 As you know that 3G and 4G can be converted to Wi-Fi hotspots, see this tutorial. The Wi-Fi hotspot itself used along with the 3G/4G network with weak network signals will overheat the android phone very badly to an extent where you will not even want to hold the phone in your hand due to the heat produced.

So, always make sure that your cell phone or tablet is receiving good 3G/4G network signals in order to prevent overheating.

5. Set Network Mode To GSM : When not required set your network mode to ‘GSM’ instead of ‘WCDMA’ or ‘LTE’. Because GSM always receives good network signals.

6. Undervolting The CPU : This is for advanced users, by rooting your android phone you can under volt the CPU, so that CPU will consume less power. But this a big procedure and I can't explain it here. Go to XDA forum and search about this.

Unnecessary battery overheating even at phone standby is not acceptable. You should replace it with an OEM battery. As these batteries may explode anytime thereby completely damaging the android phone or tablet. Automatic Internal Recharging of phone battery due to increased moisture content may sometimes be the cause of battery overheating, and this is dangerous for you and your android device.

Always doesn’t blame the battery itself, check the charger also. Use a multimeter to check the voltage output of charger and battery. A faulty charger may give out excess charging voltage, which not only overheats the battery but may explode the battery during charging. Always use OEM chargers.

Overheating Due To Software Upgrade

This problem is rare but comes on android phones and tablets with an android software upgrade. Recently Samsung’s Galaxy Note 4, AT&T Galaxy Note Edge and Galaxy Note 3 are upgraded to android 5.0.2 and users are complaining that their phones are overheating without any heavy usage. Also, the Xiaomi Mi 4i noted the same issue but Xiaomi fixed this issue with an OTA update. AT&T and Verizon both released OTA updates several weeks ago, to fix overheating issues. Many Galaxy S5 users are experiencing similar problems with the Android 5.0 Lollipop update as well, and Samsung UK confirmed to fix these issues by releasing OTA updates.

If this is the case with you then you can either wait till the new update arrives or you can downgrade your android phone to prevent overheating.

I think, I have covered the topic in detail and now you are able to fix any kind of overheating issue arising on your android phone and tablet. Please share the article if you liked it.