November 22, 2013  games  No comments
Nvidia GeForce GT  720M is a mid level gaming gpu that is found in most notebooks today. The Nvidia GeForce 720M is a notebook gpu that can be used to play any latest windows platform game till date (2013). This notebook gpu features a 28nm architecture which makes it more power efficient and delivers awesome performance at low power. In this post I will review Nvidia GeForce 720M and tell about its pros and cons, but lets start with its quick specifications. 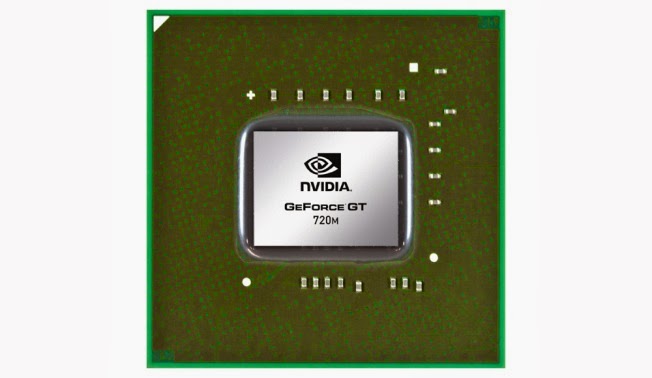 1. No Lags: While playing games on a Windows based pc this gpu never lags even at max resolutions. The games runs like a charm and I can’t find a single bit of lag that can destroy gameplay experience. Gaming on Nvidia GeForce 720M is smooth due to its 128bit memory bus through which it can process more data as compared to 64bit bus notebook gpu. Also OpenGL 4.3 is a boon to this gpu because it is the latest version of OpenGL. I have played games like NFS most wanted 2012, Call of duty MW3, Grid 2 and Battlefield 3 at full resolutions without lags. The gpu temperature reaches upto 40 degree Celsius while playing games in high resolution. You can use a laptop cooler to lower down the gpu temperature by few degrees.

2. No Overheating: While playing heavy games the gpu temperature is between 40-50 degree Celsius if the notebook is new. Nvidia GPUs are on better side than AMD GPUs because AMD GPUs run hot as compared to Nvidia. So overheating is not an issue for GeForce 720M as far as notebook is new. Overtime the temperature will increase because the (TIM) thermal interface material will dry out. Its maximum temperature is around 100 degree celcius. While playing games in summer season without a notebook cooler the the temperature may rise to70 degree celsius depending on the game which you are playing.

5. 3D Support: The NVIDIA 720M fully supports 3D games, but you need a 3D monitor or 3D HDTV and you use HDMI cable for gaming.

Gaming Via HDMI Cable
If you game on HDTV’s via HDMI cable then you will get best gaming graphics on a larger screen. Nvidia GeForce 720M has 2 GB dedicated DDR3 memory which is suitable for playing games on a larger HD screen via HDMI connection between your notebook and the HDTV.

No Issues With Older Games
Nvidia GeForce 720M is backward compatible with older games that are around 8 to 10 years older. I played GTA Sanandreas on this GPU without any error. However some games will give error due to incorrect resolution. So run these games in max resolution and settings. Few games require patch fix according to the windows OS you are running, but run smoothly.

Check Out The Video
Below is a gameplay video of NFS Most Wanted 2012 on Nvidia GeForce 720M at max resolution and settings.