How To Make A Computer Case Fan From A CPU Fan

May 09, 2013  hardware  No comments
A case fan is a cooling fan which provides fresh air inside the computer case to keep the motherboard and other components cooler.It also maintains the air flow and prevents overheating inside the computer case.Case fan can be found in different sizes according to the computer case.Every desktop pc should have at least one case fan to maintain the air flow.In this tutorial I will teach you to make a case fan for your pc from a cpu fan.A cpu fan is the cooling fan which rests above the cpu heatsink to keep the cpu cooler.

What You Need
You will need a cpu fan which is removed from the heatsink.Removal of fan from heatsink should be done carefully to prevent any damages to fan.I have a spare cooler master cpu heatsink so I removed its fan and modded it to use as a case fan.If you do not have a spare cpu heatsink then do not buy it separately,because in this case you should buy a case fan to keep your pc cooler and to prevent overheating.

Warning : Follow this tutorial only if you have a spare cpu heatsink otherwise do not perform.However if you are willing to install a case fan for your desktop pc then you can take the help of a technician.

Remove Fan From Heatsink
Firstly you have to remove the fan from the heatsink.To remove it you need to break the screw holders with the help of pliers or cutting tool.These screw holders keeps the heatsink and the fan together and they can't be separated without breaking these holders.See the image below.

CPU Fan Removed
In the screenshot below you can see that the fan is removed from the cpu heatsink without damaging the fan.After fan removal you can clean the dust from it for a cleaner operation. 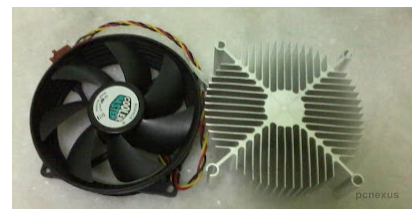 Warning : Before you perform anything on your pc I am assuming that you have sufficient knowledge about computer hardware and how to open the computer case and use the connectors.If you do not know anything about computer hardware then don't do anything otherwise you may get an electric shock or permanent damage to your computer.So novice users please do not try.I can't be held liable for anything wrong that happens with your desktop.However you can take help of a hardware technician. 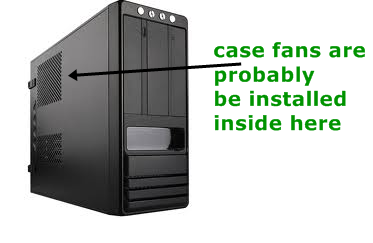 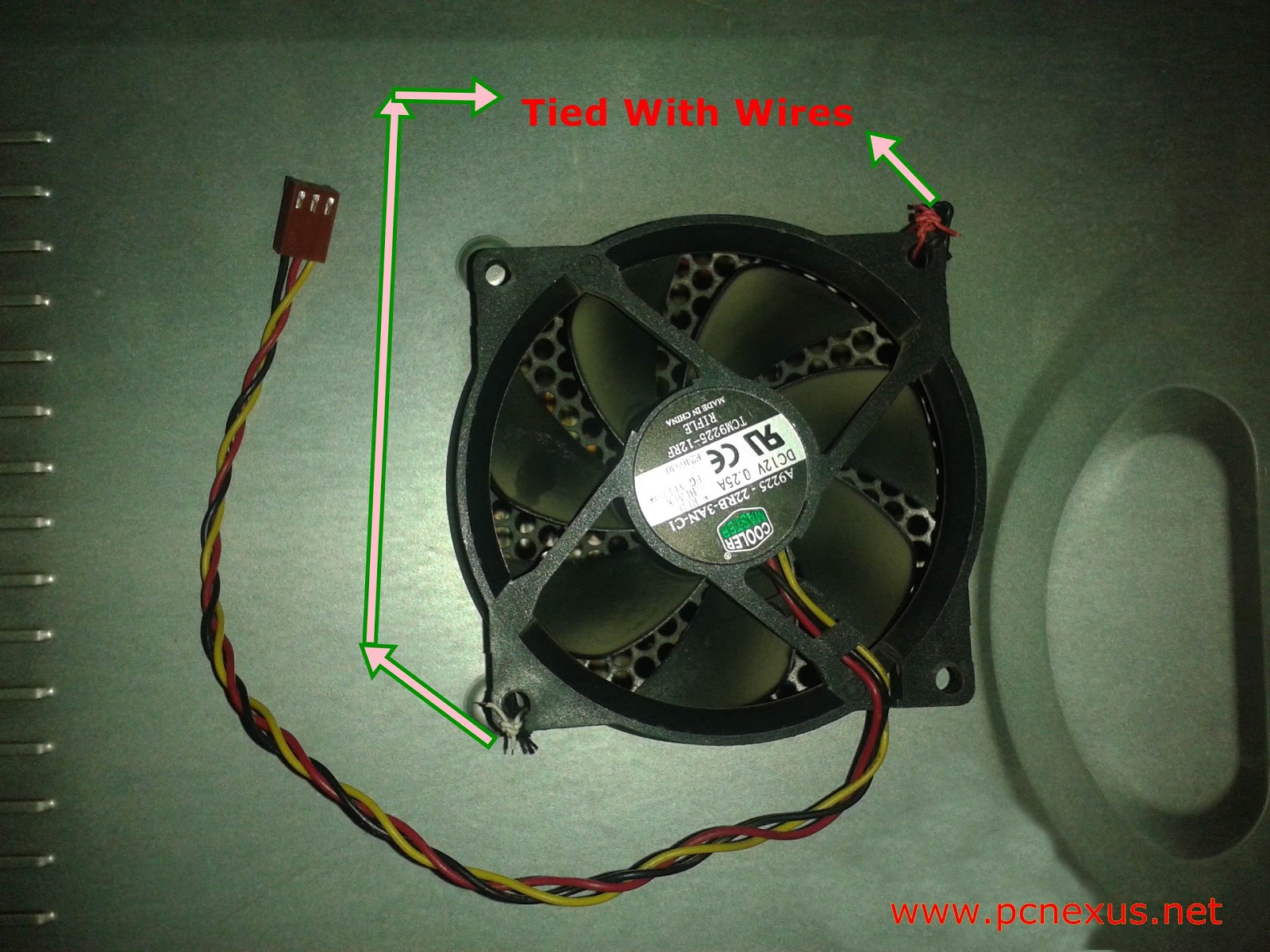 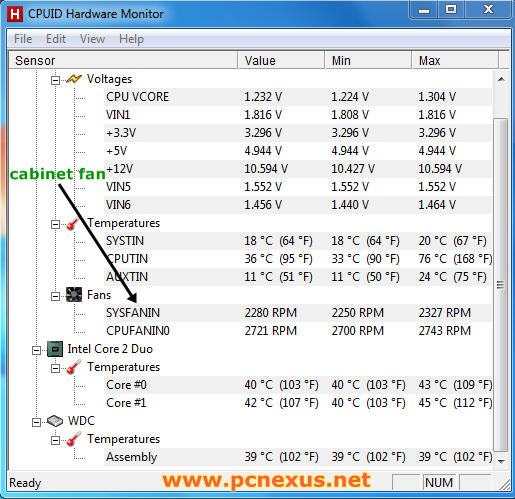