April 11, 2013  android  4 comments
Samsung Galaxy Win 4.7 Inch WVGA Android 4.1 Smartphone Samsung has recently launched Samsung Galaxy Win I8850 android 4.1 smart phone.This android smart phone by Samsung is a mid range android gadget that holds a 1.2 GHz quad core qualcomm processor and 1 GB RAM.The phone is just announced and there is no price information till yet.However this phone has a 4.7 inch WVGA display with  a resolution of 400x800 pixels with only just 199 ppi.The display is not impressive because it is simply LCD TFT touch screen.Samsung galaxy win is available in two variants.One is with single sim and other with dual sim feature called galaxy win duos. 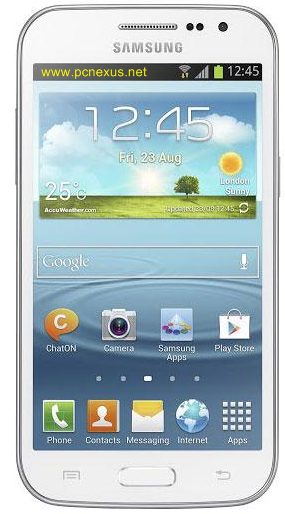 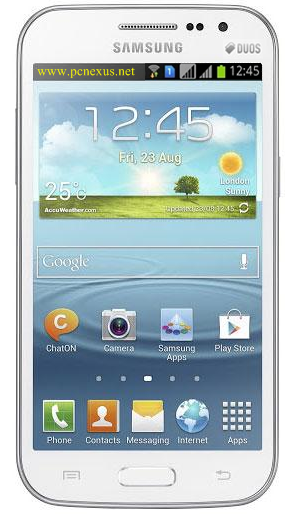 Why Samsung Launched This Phone
Samsung might have launched this phone to compete with other phones in the mid range having quad core processors and 1 GB RAM.However we can’t say about the build and hardware quality of other android phones in this range,but Samsung is known to produce android smart phones with good and reliable hardware.So this phone would be better than others in case of hardware reliability.

3.Android OS Version : The galaxy win comes with android 4.1.2 jellybean out of the box.So you don’t need to upgrade it to android 4.1.There are some new features like Smart Alert, Easy Mode and Samsung’s Motion UX gesture control system.

5.RAM & Storage : The galaxy win has got 1 GB RAM and internal storage is 8 GB.The storage space available for installing android apps is 5 GB approx.the storage can be expanded to 32 GB via micro sd card.1 GB RAM is enough for gaming with a quad core processor.

6.GPU : Galaxy win has adreno 203 GPU which is just an improvement of adreno 200.So gaming on galaxy win may not be very satisfying.The GPU could have been better like MALI 400MP.

Specifications Of Galaxy Win At A Glance

Final Verdict
Most people will always be in a dilemma whether to buy or not to buy Samsung galaxy win.But we can’t say at this time if the phone is worth buy because the price has not been disclosed by Samsung.
But if it is launched as an affordable mid range android smart phone then yes it would be a worth because you will get Samsung hardware reliability at affordable price.