Moto G4 Plus Finally Receives Android 7.0 Nougat Update in India After Many Speculations

December 29, 2016  android, moto g4  8 comments
October 2016, Motorola India announced via a tweet that Moto G4 Plus has started receiving the official android 7.0 Nougat update. But later on, it was confirmed that the update was not officially received. We only saw release notes that Motorola posted on their official website. Before this, Motorola had already conducted a soak test on Moto G4 Plus in Brazil. The Moto G4 Plus now works with AT&T, Verizon, US Cellular, T-Mobile, and Sprint. And Moto G4 Plus users in the USA will also get the Nougat update soon. The latest build number is NPJ25.93-11 and weighs 733 MB. 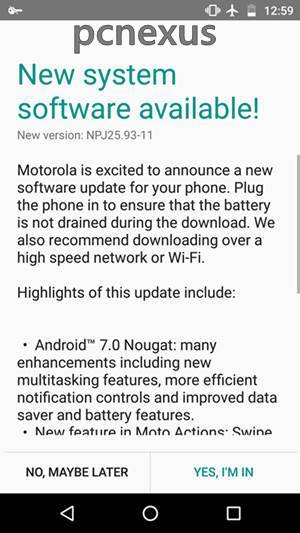 This new update brings many software and performance improvements. Major improvements include the stock android 7.0 Nougat which is a bit different than android 6.0. The quick settings bar has been changed completely and shortcuts are customizable directly from quick settings. The doze mode is now more improved and puts your phone in lower power usage mode when not in use. The Moto actions app has now a new feature 'Swipe to shrink'. This feature lets you shrink the screen so that you can use your phone with one hand. 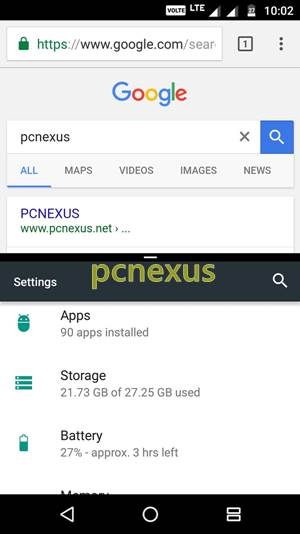 Notifications have been changed and you can use the direct reply feature. You can also block the notifications by long pressing to access notification controls. Another security added to Moto G4 Plus is that you can now lock the phone by long tapping the fingerprint sensor. And don't forget the multi-window feature in which you can run two apps simultaneously on the screen. To update your Moto G4 Plus go to 'Settings>About phone>System updates'. Right now this is a quick overview of the android 7.0 Nougat for Moto G4 Plus. We will do the full review of this latest software update in another post.