Moto G4 Plus: Android 7.0 Nougat Has Not Yet Been Officially Released In India, Currently Under a Soak Test 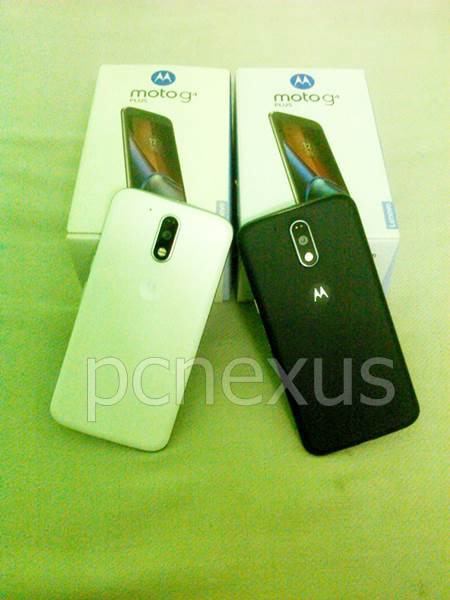 Some users have confirmed this and they have already updated their phones to the latest android OS. But since December 8th to till date most users of the Moto G4 Plus haven't received the OTA update yet. An OTA shouldn't take that much time to reach your phone if you had bought it on its launch day. The reason behind this is that Motorola India is currently doing a soak test on android 7.0 nougat for the Moto G4 Plus. See Moto G4 Plus laser beam working.

Under soak test, the OTA is released to very few users for testing purposes before the official OTA release to every user. You haven't received the android 7.0 Nougat for your Moto G4 Plus because your phone is not in their soak test list.

We have confirmed this through Motorola India's live chat support. The customer care executive told us that the android 7.0 nougat has not been officially released for Moto G4 Plus. It's just a soak test and there is no confirmation when the update will be officially released to all users. So all you can do is just wait and keep checking your phone for system updates.

Below is a screenshot of the live chat with a Motorola customer care executive. 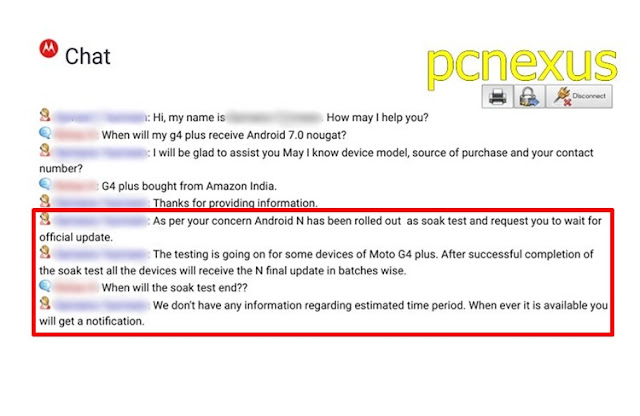