This update is being rolled out in phases. We haven't received the update yet. Keep checking for this OTA by going to 'Settings>About phone>System update'. The update size is 733 MB and you should have a high speed Wi-Fi connection to download the OTA file. Also make sure that your phone is charged to at least 90%. 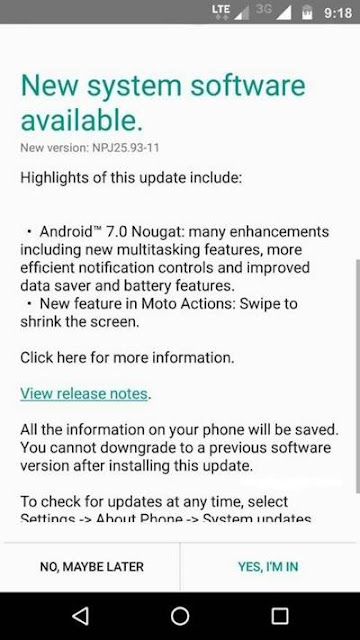 Warning: There are news in several forums that the official OTA file for android 7.0 Nougat has been out for Moto G4 Plus. So, we don't recommend anyone to flash this OTA file manually on your phone via update.zip method from the recovery mode. This file can't be flashed on standard Moto G4 otherwise it will result in broken Wi-Fi or broken cellular network. We still don't recommend to flash you G4 Plus with this OTA file as this may result in unexpected results.

Android Nougat is still new for android devices. So, just wait until its official launch. 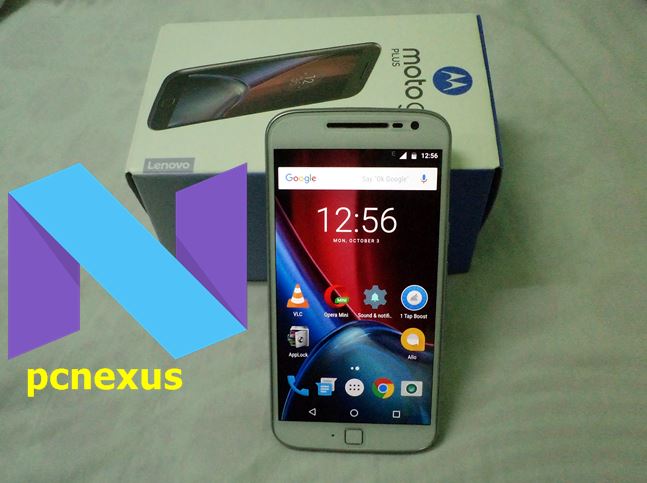 Both the Moto G4 and the G4 Plus received a security patch update on 9th September 2016. This security update has a build number MPJ24.139-63. This security update has many bugs like low notification sound, 4G SIM slot not working, battery drain etc. So to fix these problems as soon as possible Motorola announced the release of android 7.0 Nougat for Moto G4. But you may receive it anytime before 31st December 2016.

Now people who have already updated their Moto G4 Plus to MPJ24.139-63 will start receiving the android 7.0 OTA update soon. But who didn't update to this build version then they may not see the latest notification. Only the older notification will keep popping up on the screen. However, we are not sure about this whether the MPJ24.139-63 can be skipped to directly update to android 7.0 Nougat or not.

You can view the full release notes of the latest update here. If you have received the android 7.0 Nougat update on your Moto G4 Plus then do tell us via comments.