February 11, 2016  android, lenovo  No comments
The Chinese handset maker, Lenovo has already carved a niche for itself in Indian handset market with A series smartphones like A7000 and A6000. After having settled down nicely in the market, Lenovo is now innovating and coming up with cutting edge smartphones. The handset maker is now launching new devices with new-edge technologies and re-defined design. Lenovo has now launched a successor to its much revered K3 note in India and the new device is nothing like the existing one. Here is our review and breakup of all things Lenovo K4 Note for you as the handset is on its way to repeat the massive success of its predecessor. 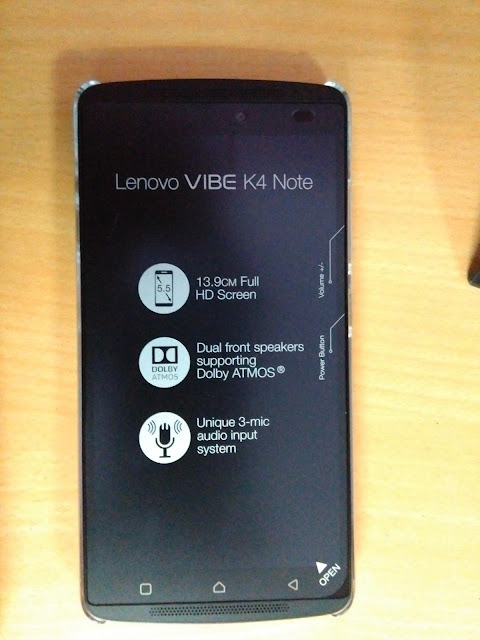 In terms of design, Lenovo K4 Note is an entirely different device from its successor and comes with a new design form. The new handset does feel slightly light and less premium than Lenovo K3 Note, however, it does feel premium owing to the metallic sides and matte back. Another detour from the standard design of Lenovo is the metallic strip on the rear panel housing the fast fingerprint scanner and camera module. The fingerprint scanner is quite fast and also allows the user to set tasks on gestures like tap the scanner of touch and hole. Coming back to the design of the handset, the smartphone seems to have been built for multimedia lovers 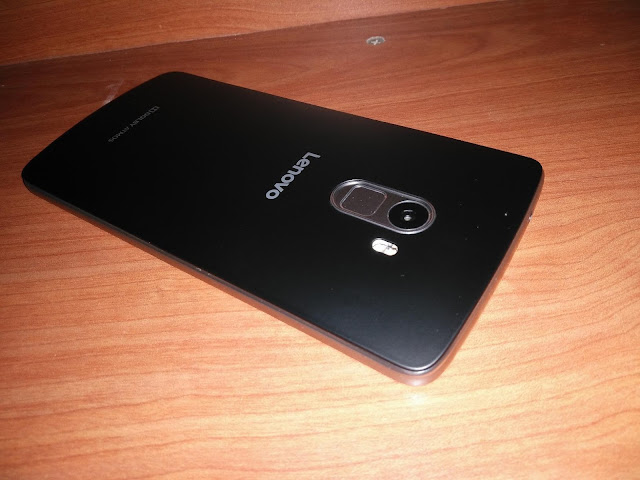 The front panel of Lenovo K4 Note is dominated by a large 5.5-inch display, which seems to be a little bit on a dimmer side as compared to the K3 Note. Prior to the launch of the new handset, Lenovo has been promoting the device as the one with a Killer Display. However, the end product on offer tends to disappoint as it comes with the exact same display that features on its predecessor. The display panel on the smartphone is a full HD IPS unit with a resolution of 1920 x 1080 pixels and pixel density of 401 ppi. The display of the smartphone is also protected by a layer of Corning Gorilla Glass 3 layer for durability.

The Lenovo K4 Note has been equipped with a Mediatek MT6753 64-bit Octa-core processor that flaunts a clock speed of 1.3 GHz. The processing prowess of the handset was visible in the system animations and juggling around apps during our brief stint with the handset. We also played the Asphalt 8 on the handset and the game was able to run in the high visual mode.

The presence of 3 GB of RAM further eliminates any kind of lag or stutter that might result from multitasking. In our experience, we found scrolling in menu, app switching transitions and animations to be on the smoother side. Moreover, the Theatermax technology and Dolby Atmos audio enhancements totally enhanced the multimedia experience on the handset. It comes with 16GB of internal space where only 9 GB is available. You can expand memory storage up to 128GB using MicroSD card.

Speaking hardware, the rear panel of Lenovo K4 Note flaunts a 13 megapixels camera with dual tone LED flash and Phase Detection Auto Focus. The brand has changed the user interface of the camera slightly from its earlier devices and it now comes with a minimalistic layout. Popular controls on the interface have been well placed by the brand for an easy access and it is also easy now to switch between camera and video mode, with just a swipe.

Equipped with the Phase Detection Auto Focus, the camera on K4 Note is able to lock focus pretty fast and that is a huge plus. The camera on the rear panel captures decent images in low light conditions and good in normal lighting. However, it is a drawback that the camera takes few seconds to process the image after capturing and user needs to keep their hands steady. The front 5 Megapixels snapper also performs decently with clear selfies without any over contrasting or overexposure issue. All in all, the camera performance of Lenovo Vibe K4 Note is a delight and will appeal to photography lovers.

Lenovo K4 Note comes with the Android 5.1 Lollipop operating system pre-installed, which boasts of goodies like Material design and enhanced performance features. In our brief stint with the smartphone, we noticed that the device comes with a revamped Vibe UI featuring an app drawer. The Vibe UI comes with lots of additional features over and above the stock Android UI like pulling a C from edge to trigger micro screen mode, double tap to wake and our personal favourite, scheduled turn on and off. The phone may receive android 6.0 Marshmallow update soon but till then enjoy android 5.1 Lollipop.

For connectivity, the handset maker has opted for the dual SIM structure for K4 Note as usual that will appeal to most Indian buyers. This handset has been designed to offer super-fast Internet connectivity since it has both 4G LTE and 3G bandwidth integrated in it. The highlight of the handset happens to be the presence of NFC, which happens to be the future of smartphone connectivity and will also bode well with Google Pay. Besides these, K4 Note comes with standard set of connectivity options like Wi-Fi, Wi-Fi Direct, Bluetooth, microUSB and GPS.

Taking its configuration under consideration, Lenovo K4 Note impresses in some departments and disappoints in other. However, with integrated VR feature, bundled VR headset and fingerprint scanner, the brand has managed to raise the bar for all other devices in this price range. Considering, Lenovo K4 Note price, one thing is for sure that this smartphone is definitely the one to reckon with a set of specifications that belong to high end. You can either buy the smartphone alone for only 11,999 INR and may opt for the phone with VR bundle at just 12,499 INR.