April 05, 2014  as5, hardware, windows  No comments
Arctic Silver 5 is a thermal compound that is used to enhance the heat transfer from CPU core to the heatsink. Arctic silver 5 contains 99.9% pure silver which is a very good conductor of heat. It is not a silicone based thermal compound. The reason behind choosing arctic silver 5 is its efficiency to cool down the processor by 12% better than other thermal interface materials at 100% CPU load.

Arctic Silver 5 is a grey coloured, oily and sticky paste. By rubbing a tiny drop of it between two fingers you can see the silver in it. Arctic Silver 5 starts working whenever the cpu temperature increases. When the processor is idle you won’t notice any changes in temperature but when you play games then CPU usage will increase upto 100% at this stage you will notice a change in temperature, it will be 12% less than the previous temperatures. Most people see that there laptop or desktop CPUs are running hot, the reason is dried out thermal paste. The thermal paste should be changed once in every two years to extend the life expectancy of CPU and GPU.

Find Your Processor
First of all get to know about your processor’s make and model, whether it is of Intel or AMD. Because Arctic Silver 5 have different application instructions for different processors. Some use the vertical line method of applying thermal compound and others may use the horizontal line method, surface spread and middle dot. So follow the steps below. 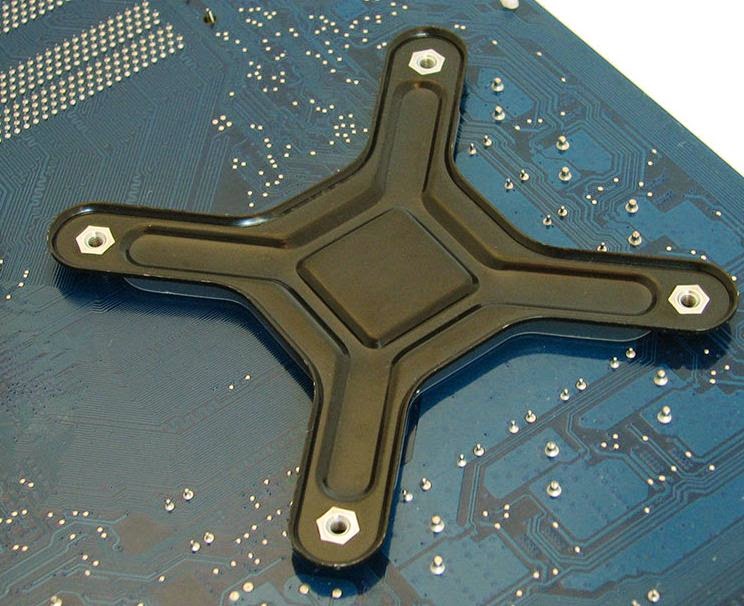 Warning: Whatever you are doing is at your own risk. I will not be responsible for any damages to your computer.

How To Apply Arctic Silver 5 Thermal Paste On CPU 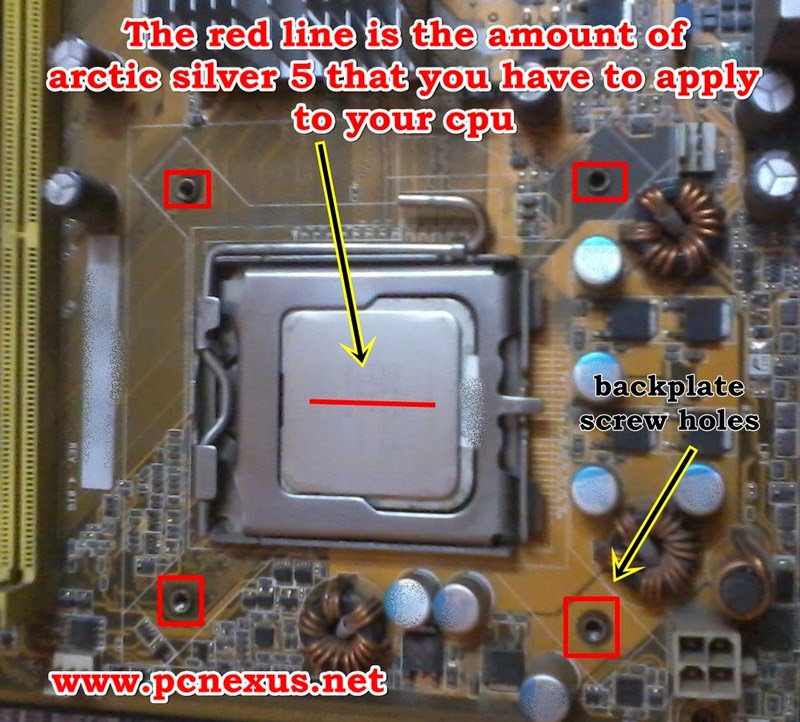 Observation And Result
Before applying arctic silver 5 the CPU temperature while playing games at 95-100% load was 61 degrees celcius. After applying Arctic Silver 5 the temperature for the same condition at 95-100% load is 50 degree Celsius. While playing some games a process named ‘rundll32.exe’ starts automatically, it makes high CPU usage. After starting the game kill this process in task manager to cool down the processor even more. Now the max CPU temperature remains between 45-50 degree celcius even while playing games and previously it was crossing 60 degrees. So you can see there is a 10 degree drop in temperature after applying Arctic Silver 5 thermal paste.

How To Apply Arctic Silver 5 Thermal Paste To Desktop Motherboard GPU
This tutorial is applicable for the older motherboards which are using a Intel GMA GPU. This procedure is not applicable for Intel Core processors because they have Integrated Graphics in the CPU chip. 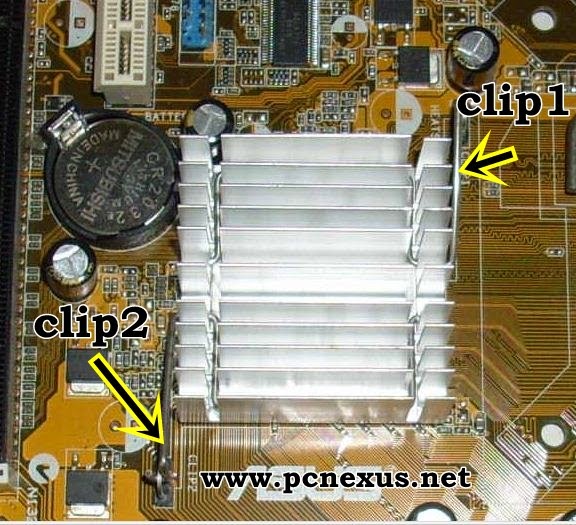 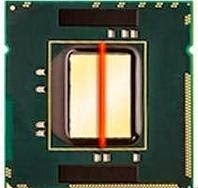 Where To buy Arctic Silver 5 In USA
In USA you can order arctic silver 5 via newegg.com or amazon.com. Check the list of all retailers and resellers of Arctic Silver 5 in USA.

Now you have successfully applied Arctic Silver 5 to your desktop’s motherboard CPU and GPU.