Why Should You Buy Nokia Lumia 520
There are following reasons why you should buy this phone. 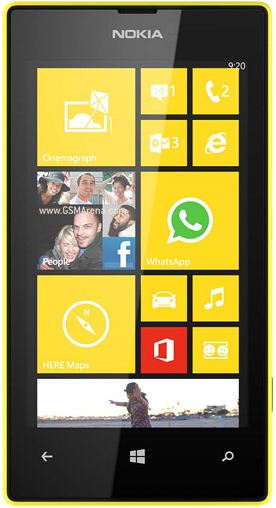 1.CPU : It has dual core 1 GHz Krait processor.It is good for gaming and heavy tasks.At this price range even any android phone doesn’t have a dual core processor clocked at 1 GHz.

2.RAM and GPU : Nokia lumia 520 has 512 MB RAM and ADRENO 305 GPU which is also a plus point because any branded android phone doesn’t even have these two.The GPU is not suitable for high end gaming but you can play asphalt 7 heat easily on it.

4.Internal Storage : The internal space of Nokia lumia 520 is 8 GB which is further expandable upto 64 GB with a microSD card.Android phones at this price range are only expandable upto 32 GB.

5.Screen Size : It has a screen size of 4 inches with IPS LCD capacitive touchscreen.The resolution is 480x800 pixels with pixel density of 233 ppi.

6.Operating System : Nokia was previously launching affordable phones with only windows 7.5 mango os and that phones were under $260 dollars.But due to increased android users nokia finally released lumia 520 with windows phone 8 OS.

Now you can easily decide whether to go for this phone or not.