How To Take Screenshots On Firefox OS

August 30, 2014  firefox  No comments
Firefox OS is a Linux- kernel based OS for smartphones being developed by Mozilla. It was first released in April 2013. The current release is v1.3.0. Firefox OS supports ARM and x86 platforms. Firefox OS is written in HTML5, Javascript, CSS and C++. Gaia is the user interface used in Firefox OS.The Gaia UI/UX includes a lock screen, home screen, phone dialer, contacts app, text messaging app, camera and gallery app. This OS contains all the necessary apps that a smartphone should have like Facebook, twitter, Pinterest.

In this tutorial I am going to teach you to take screenshots on Firefox OS. Taking screenshots are necessary as they are useful in capturing necessary information displayed on screen. Also they can be used as a step by step problem recorder or a tutorial.

How To Take Screenshots On Firefox OS 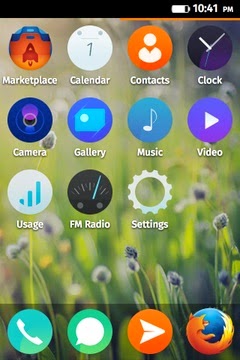