Samsung Galaxy S6 Benchmarks Confirms It As A Beast Smartphone

March 04, 2015  android, benchmarks, samsung  No comments
MWC 2015, Samsung announced its flagship devices the Galaxy S6 and Galaxy S6 Edge. This is first Samsung smartphone in the flagship Galaxy series that undergone serious R&D as it took a massive leap forward in terms of design and performance. It is the first android smartphone to feature a 14nm Exynos 7420 64 bit chipset which is the most powerful architecture till yet, while dissipating less heat than the 20nm architecture. That's why this time Samsung left behind the popular Qualcomm 810 chipset. The Galaxy S6 and Galaxy S6 edge has an octa core CPU (2.1 GHz Cortex-A57 and 1.5 GHz Cortex-A53). Currently it has the fastest flash memory with 3 GB LPDDR4 RAM. The screen also left behind the Full HD being a QHD screen with 577 ppi. 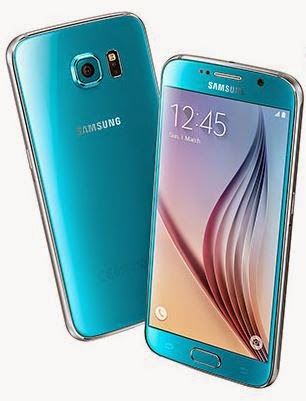 Also the plastic body is no longer functional and is completely replaced by the metal body which makes smartphone itself more durable. While benchmarking the Exynos 7420 chipset of Galaxy S6 it is seen that Samsung Galaxy S6 is the best android smartphone ever built by Samsung as it has the power to turn its rivals into dust, however HTC One M9 is just slight behind in benchmarking tests. We know that benchmarks can be faked, but most benchmarking apps showing Galaxy S6 as the king of smartphones ending the reign of Apple's iPhone 6 plus A8 in benchmarks.

Apple iPhone can still have good scores in single core tests but when it comes to gaming then the Exynos 7420 is 15-20% faster as reported by GfxBench 3.

Let's have a look on the Samsung Galaxy S6 Benchmarks

Galaxy S6 scored 68896 in AnTuTu benchmarks defeating the HTC ONE M9 by 16% of the overall score. 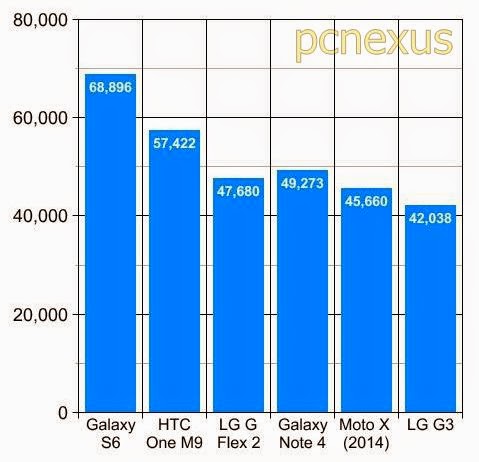 GeekBench is a CPU benchmark in which Galaxy S6 scores 4916 defeating the HTC M9's Qualcomm Snapdragon 810 by 21%. 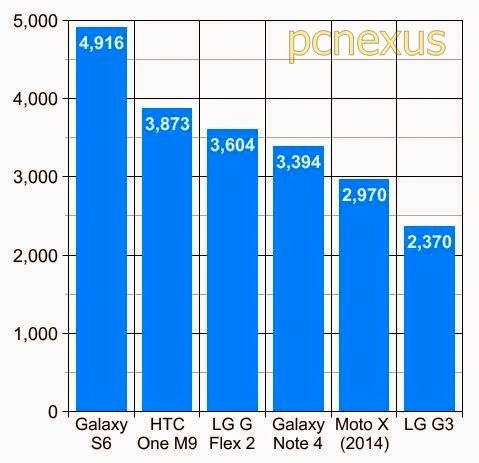 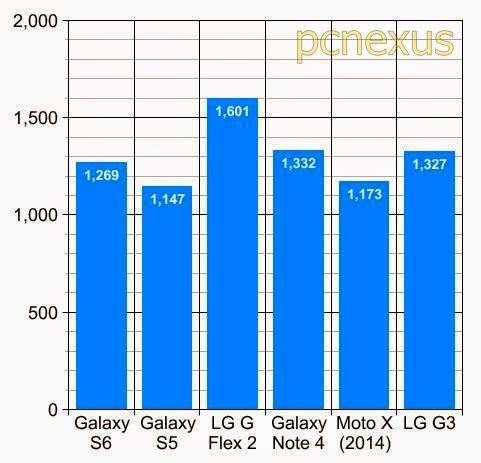 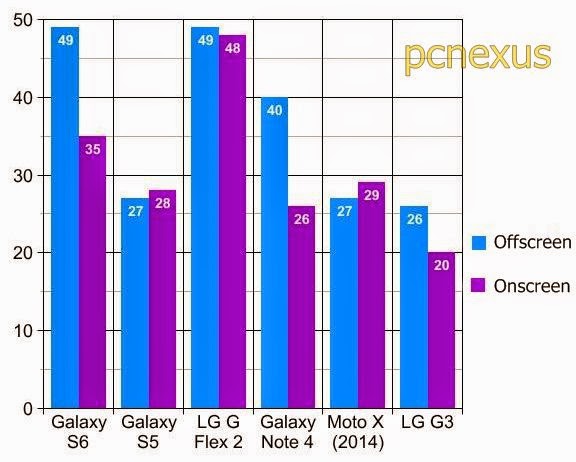 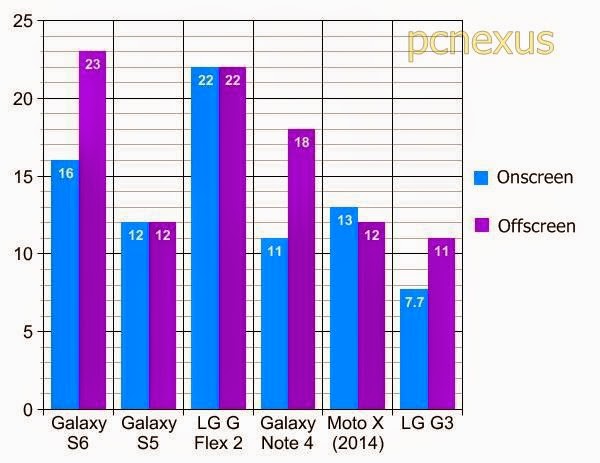 The Samsung Galaxy S6 and Galaxy S6 Edge will be globally released on April 10 2015, but there is no official word by Samsung whether it will launch the Exynos 7420 smartphones in US or not.